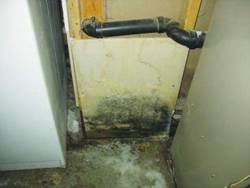 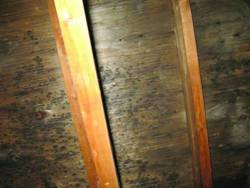 Molds are found both outdoors and indoors. There are many varieties and types of mould, some toxic and some non-toxic. Mold thrives primarily in moist environments and grows on a variety of materials, including plastic, metal, insulation, wallpaper, drywall, carpets, and inside ventilation systems. The risks to human health from toxic mold exist in residential, commercial and industrial buildings. Mold is either visible or invisible, with visible mold often just the key clue to a larger hidden problem.

Effective identification, clean-up and prevention of mold is critical from several perspectives, specifically the need for living and working in a healthy environment, the legislative requirements to protect the public and worker safety, as well as property resale values.

Enviro-Cor Enterprises is a certified, approved mold identification and remediation expert and we are happy to visit your property to assess your environment.

Mould In Buildings and Workplaces

Mould is the common word for any fungus that grows on food or damp materials. Mould can be black, white or almost any colour. It often looks like a smudge or stain and tends to smell musty. In order to grow, mould requires moisture and a material it can live on. More than 270 species of mould have been identified in Canadian homes.

We encounter mould every day. Moulds are always found in the air outside and find their way inside. Foods spoil, leaves decay and woods rot due to mould. This fungus grows and reproduces rapidly, producing spores and mycelia. These spores are released into the air, and are tiny enough that people breathe them in. Breathing in large amounts of these spores and the by-products they produce, can negatively impact your health. These health effects can range from being insignificant to causing allergic reactions and illness.

Not all types of mould are bad. The drug penicillin is obtained from a specific type of mould, and some foods and beverages are made by the actions of moulds. These good kinds of moulds are selected and grown in a controlled environment. Moulds become undesirable when they grow where we don't want them - in our homes, for example.

Mold or Mould? It's a Canadian thing! The USA uses Mold, and Canada uses Mould. The definition is the same regardless of which spelling is used.

The problem with mould in your home:

The presence of mould is a sign that there is too much moisture in your home - a situation which MUST be corrected. Moulds can grow almost everywhere and on any substance provided moisture is present. Thus, the best method of prevention is to reduce the amount of moisture. Moulds will grow if we provide them with moisture and nutrients. If we keep things dry, moulds do not grow.

Mould spores come into the home in many ways - through open windows or doors, on clothing, pets, food or furniture. The problem starts when mould finds a place to grow inside the home. Not all mould is obvious. It can grow inside walls or above ceiling tiles. Common places for indoor mould growth are on window sills, fabrics, carpets; walls in kitchens, bathrooms, and laundry areas; drywall, paper products like cardboard boxes.

In all cases, the underlying cause of water accumulation or prolonged high humidity must be corrected or mould will continue to grow or spread. Regularly inspect your home for signs of moisture problems or water damage (musty odours, discolouration, or condensation). Check for mould in damp places or where previous water damage has occurred.

If the problem is serious or you suspect it might be, call a licensed mould abatement specialist to confirm the presence of mould, determine its cause, and correct the problem.

Persons working in this situation have appropriate training in disposal and removal the biological contamination.

You may need professional help when:

We are a Clean Trust certified business providing a diversified array of environmental solutions to meet your needs.

Our #1 priority is your satisfaction with the job done.  This means we stand by our services 100%.  If you have a problem, we will solve it; whatever it takes. We are here to help you.  Satisfaction guaranteed.